An attractive platinum haired woman stopped by the roadside and said, "Excuse me. Who does your hair?" Stunned, I looked down at my two dogs, well aware I had on my dog-walking clothes. Thinking I had heard wrong, I said,"Excuse me?"

Since that time nine months ago, the woman and I became friends. In fact, she often calls me just to check how I'm doing. At one point, she called once or twice a day; it reminded me of a guy dating a girl. Jokingly, I even asked her if she was dating me.

My friend and I do the normal girl-things: run errands together; sit and talk over coffee, tea or lunch; take turns driving the other to the airport; and, of course - shop. I'm truly grateful for her friendship and knowing she's there if needed. The thing is, she hurt my feelings.


When she bruised my tender feelings, it reminded me of another similar situation.

Allison, a writing buddy of mine had said, "When you put your writing out there, you're open to all kinds of criticism, including dreaded silence." Allison made that memorable comment after I told her about the non-reaction I received from a relative who, when shown the first proof of my book, handed it back to me and returned to watching her soap - without making a comment. Was I ever flabbergasted and hurt! The illustrations alone are gorgeous and they are not my artwork. How could the relative not even comment on that aspect? However, that's not what happened with my new friend, who I'll call Beverly.

A completely different thing happened when Beverly unknowingly hurt my feelings. But, before I get into it, let me tell you what I think about the meaning of friendship.

In my personal friendship manual, being a friend is about sharing the joyous and not so joyous ups and downs of life. It's also wanting to know more about the other: things about her family; what she likes to do; what she's most proud of, and more. It's being interested in who the person is; where she's been; and what she's done. Of the many things I told my friend about myself, I mentioned I had written a children's story and had a blog. She didn't say anything about either and we continued with our conversation. That was OK - at the time.

Months later, I introduced Beverly to an author I knew. When I congratulated the author on her new series of short stories, she graciously deflected my praise, turned to Beverly and asked, "Have you seen Jeralyn's book?" I couldn't help myself. I answered, 'No, she has not.' And, I said it with a bit of heat lacing my words.

Two weeks ago, Beverley and I went on another errand-caper together. While driving towards town, she asked if I minded going to the bookstore. What a question! I love books. After all, I am a writer.

While I browsed, Beverly selected her books. Eventually, I overheard Beverly ask the shop owner about my book. I thought it rather odd with me standing there, but said nothing. Within a minute - two at the most, I heard Beverly turn down every feature the book might offer her five-year-old granddaughter. E-v-e-r-y feature. I was hurt.  My friend completely rejected my book as I stood there!

I never expected everyone to like my book, nor do I expect the same with this blog. However, I did make the mistake of expecting those close to me to support my efforts. Since Beverly's actions bothered me so much, I told two supportive friends about my hurt feelings. They both suggested the same thing: Give Beverly a copy of the book and be done with it. I slapped my head while thinking, 'Why hadn't I thought of that?'

With this being the giving season, I Christmas-wrapped my book and gave it to Beverly. I suggested she tell her granddaughter the book was a gift from the dogs. Beverly appeared surprised and even delighted.

I realized once again, it is better to give than receive. I also realized - suffering from a hurt writer complex is no longer my problem. 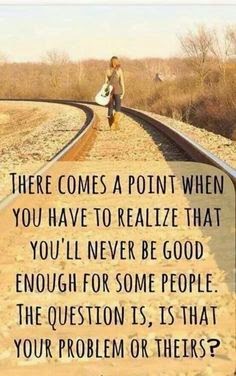 Merry Christmas! Don't forget to give.